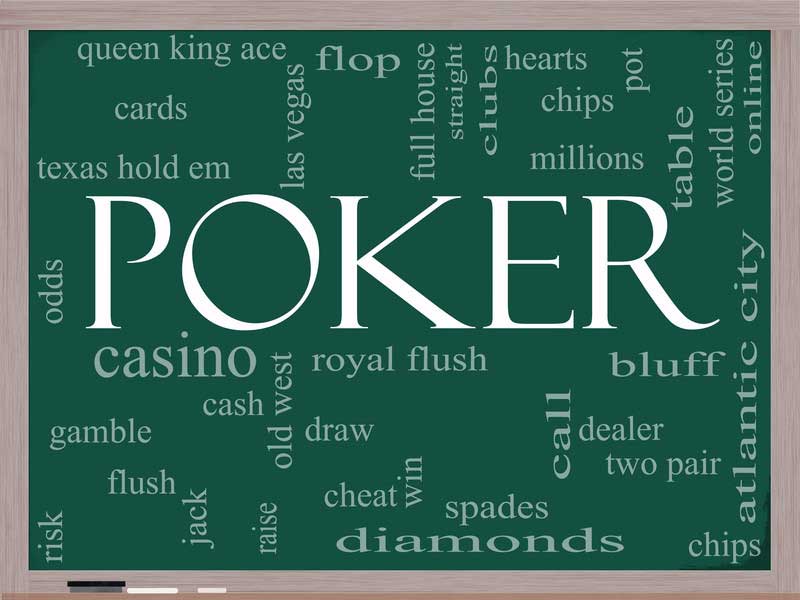 Amarillo Slim, a professional poker player and best friend to casino mogul Benny Binion, once said, If you can’t spot the sucker within the first half hour at the table, then you are the sucker. There are few poker rules, the more formal the setting the more restrictive the rules. If youve ever wanted to know how to play poker, either at a table or online poker, youve come to the right place.

Though the history of poker is debatable, it is known that a card game was commonly played in New Orleans in 1829, though only with a 20-card deck. As the game spread West along with the gold rushers, it changed a bit and eventually the English 52-card deck was incorporated, bringing the flush with it. Versions of the game like draw and stud poker were introduced during the American Civil War, along with the straight. By the early 1900s, the wild card, split-pot and lowball poker were being played around the US.

In 1970, the first World Series of Poker was played. As poker gained popularity, books and movies about strategies began to appear. Televised poker games have added to the popularity of the game.

All-in to place all of your tokens or money for bet
Ante forced bet at the beginning of each game, each player plays the same number of tokens or money in the pot
Blind forced bet by one or two players before the start of a hand, in addition to the ante. Blind players usually rotate one player before or after the button.
Bluff to bet or raise with an inferior hand in an attempt to raise the pot and/or force others to fold
Button a token or coin rotated around a table to mark the dealer.
Call to accept the bet amount from previous player, without raising it
Community Card some variations of poker call for one or more community cards, where some poker cards are dealt face up for all to use to make a hand
Dealer person who deals cards. Poker is usually dealt in a round, dealing one card to each player until desired cards are possessed by each player. Dealer is last in the round.
Flop when community cards are used, the first three are referred to as the flop
Four of a Kind four cards, with or without wild cards, that are of the same value (four 3s, four Aces)
Flush five cards of the same suit (a 2, 5, 7, 10 and Jack of spades, for example)
Full House three cards of one value and two cards of another value (three 4s and two 6s, for example)
Jackpot the total of all money and/or tokens bet during any hand; also called the pot
Kicker when a winning set of cards are the same (each player has a pair of Kings, for example) the kicker is used as a tie breaker. Each of the tying players use their next highest card as their kicker (a Queen outranks a 10, for example)

How to Play Poker

A typical poker game is a version known as draw poker. The dealer deals five cards to each player. Each player antes. Players look at but do not share information about their cards. The players bet by placing tokens or money into the pot, starting with the player to the dealers left and continuing around the table. Each player than chooses the number of cards to trade to the dealer, receiving new cards from the deck. Betting repeats. Player with the highest hand wins. If two players have winning hands, the tie is broken with the kicker. Below is a list of possible card hands, from strongest to weakest:
Royal Flush
Straight Flush
Four of a Kind
Full House
Flush
Straight
Three of a Kind
Two Pair
Pair
High Card or Kicker

Player with the strongest hand wins the jackpot. Button is rotated to the left and the player possessing the button deals the next hand.

Online poker has become a very popular way to play cards. In addition to being easy to access, it is far less intimidating than entering a brick and mortar casino. Betting options are more varied, from penny-ante to $1000 ante. Overhead for online poker is dramatically less than traditionally casinos, the only physical space they need is for servers and for customer support. Online venues also offer security of fewer player collusion opportunities as they have sophisticated software to check IP addresses, betting patterns, past hands and table set ups.

Four World Series of Poker players started as online players, eventually winning a spot in the tournament. It was thought that online players were less skilled than table players, but when Chris Moneymaker, one of the online entrants, won the championship, that changed.

There are countless versions of poker, here are some:
Stud either five or seven card, there are no additional cards dealt beyond the first round

Texas Holdem usually played with blind bets and antes; first two rounds of dealing are down (players keep cards private), then a flop of three cards, with bets after the down deal and the flop. Very common in casinos and used at the World Series of Poker.

How To Play Poker Terminology and Poker Rules