The Theory of Poker 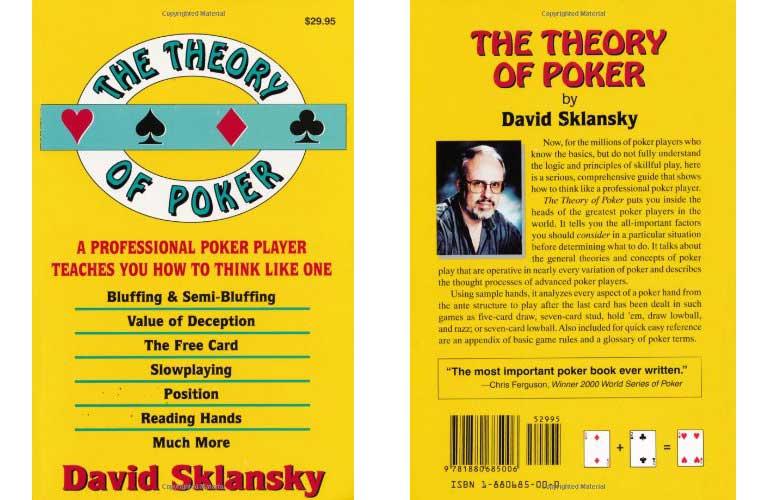 Discusses theories and concepts applicable to nearly every variation of the game, including five-card draw (high), seven-card stud, hold ’em, lowball draw, and razz (seven-card lowball stud).
This book introduces you to the Fundamental Theorem of Poker, its implications, and how it should affect your play. Other chapters discuss the value of deception, bluffing, raising, the slow-play, the value of position, psychology, heads-up play, game theory, implied odds, the free card, and semibluffing.
Many of today’s top poker players will tell you that this is the book that really made a difference in their play. That is, these are the ideas that separate the experts from the typical players. Those who read and study this book will literally leave behind those who don’t, and most serious players wear the covers off their copies. This is the best book ever written on poker.

David Sklansky is generally considered the number one authority on gambling in the world today. Besides his ten books on the subject, David also has produced two videos and numerous writings for various gaming publications. His occasional poker seminars always receive an enthusiastic reception, including those given at the Taj Mahal in Atlantic City and the World Series of Poker in Las Vegas.

David attributes his standing in the gambling community to three things:

Thus, those who depend on Davids advice know that he still depends on it himself. 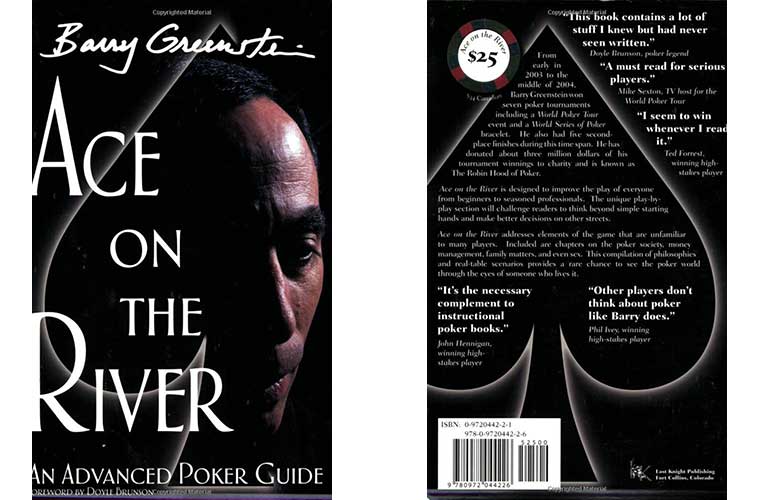 Ace on the River

An Advanced Poker Guide Paperback  by Barry Greenstein(Author), Doyle Brunson(Foreword) Ace on the River is designed to improve the play of everyone from beginners to seasoned professionals. The unique play-by-play section will challenge readers to think b